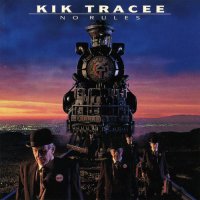 One of my recent re-acquistions was the debut CD by Kik Tracee, No Rules.

This CD was produced by Slaughter’s Dana Strum. Not surprisingly, the band sounds like Slaughter, and at times a little like Guns ‘N Roses.

Steven Shareaux is a good singer, and has a sound that is somewhat unique. The band is quite solid as well.

No Rules is a CD that was a little better than some of the other offerings by many of the hard rock bands in the early 90’s. This CD, like many, was released to late in the game, and crashed and burned when Nirvana hit the music scene. The band hung around and released an EP in

1992 but then broke up and has not been heard from since.

Some of the stand out cuts on this disc are You’re So Strange, Trash City, Velvet Crush and the cover of the Paul Simon classic Mrs. Robinson.

Fans of 80’s hard rock are going to love No Rules! You can get low cost used copies of this CD at Amazon.com. Go grab one before they are all gone! You can hear more songs at Kik Tracee’s myspace page here.

Enjoy the video for You’re So Strange! 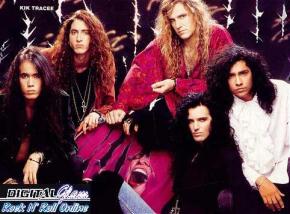