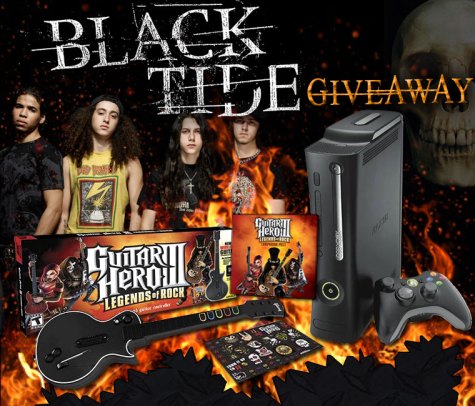 Ozzfest alums Black Tide will release their major label debut, Light From Above, on Interscope Records in February 2008. Before you can hear the record, you can catch the heavy hitting, heart pounding, explosive metal sound of Black Tide as the band heads out on tour with Avenged Sevenfold.

To celebrate the tour, Hard Rock Hideout is giving you the opportunity to win an XBOX 360 Elite and Guitar Hero III.