The following report is courtesy of Greg Prato from Billboard.com: 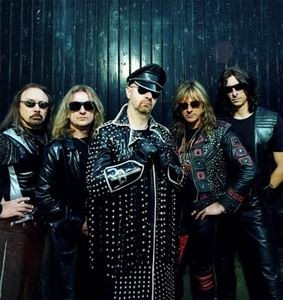 Over two years in the making, Judas Priest will finally unveil its 16th studio album, Nostradamus, June 17 via Epic in North America and a day earlier internationally.

A double-disc set that tells the story of the 16th century prophet, Michel de Nostredame (whose name is often ‘Latinized’ as Nostradamus), the release is Priest’s first-ever concept album, and was recorded throughout 2006 and 2007 at Old Smithy Studio in the UK.

“Making Nostradamus was a new experience for us in Judas Priest, insomuch as this was going to be a conceptual writing and recording event,” Priest singer Rob Halford tells Billboard.com. “His life is well-documented, so for us it was all about taking the significant episodes he went through, and then with the right emotion, create music and lyrics that would convey them.”

Three configurations of Nostradamus will be issued. The most common will be a regular jewel-cased double CD, but there will also be a “CD deluxe hardbound version,” which features a 48-page booklet, while a “super deluxe version” will include three vinyl records (in addition to the CD deluxe packaging, plus a poster).

While there have been some European dates announced in support of Nostradamus (the chief one being a performance as part of this year’s Download Festival in England, which also features KISS and MOTÖRHEAD, among others), there will soon be an announcement about Priest’s plans for a U.S. tour.

In the meantime, Halford dropped a hint as to what’s in store for the group’s later headline dates. “As we recorded and listened to the music, and much like a lot of Priest songs, you cannot help but see images in your mind. We constantly thought about special effects and visual elements that will connect musically that we want to use onstage when we will perform all of ‘Nostradamus’ live,” he says. “Again, like every song we compose, the transition from studio to concert is one we think about and make sure we can deliver the goods.”