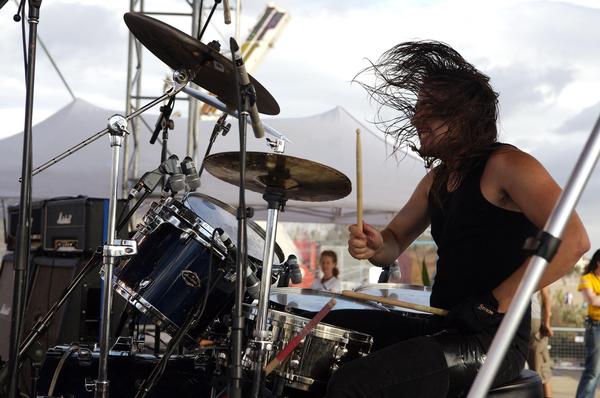 Hard-rocking Aussie band Airbourne has been blistering the eardrums of fans
around the world, especially with their new release Runnin’ Wild, including the
hit songs “Too Much Too Young Too Fast” and “Stand Up for Rock N Roll.”
Airbourne is currently on tour throughout Europe, but after the Gods of Metal
Festival in Bologna, Italy, drummer Ryan O’Keeffe will take a break to play Xbox
LIVE® members in Call of Duty® 4: Modern Warfare™ on Tuesday, July 1, 2008.

Xbox LIVE Gold members can get chance to play with Ryan O’Keeffe by sending a
friend request to the following Gamertag (* AIRBOURNE Ryan) and be online half
an hour before (5:00 P.M. ET) the Game with Fame session starts on Tuesday, July
1, 5:30 P.M. ET.

And be sure to check out the Xbox Emerging Artist page, where Airbourne is
highlighted.

If you get a chance to play with Ryan O’Keeffe, send Xbox an e-mail with the
subject: “GWF – Ryan O’Keeffe.” Be sure to include your Gamertag and home town.