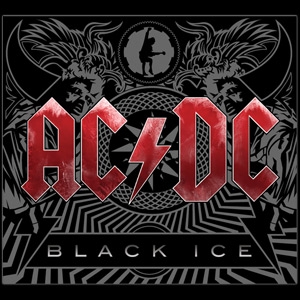 ‘Rock N Roll Train’ is the first single from AC/DC’s 15th album Black Ice, due out via Columbia Records on Tuesday, October 21st.

Black Ice is the first full-length studio album of all-new material from AC/DC since the release of Stiff Upper Lip in 2000. Produced by Brendan O’Brien at the Warehouse Studio in Vancouver, BC, Black Ice premieres 15 new AC/DC compositions and performances including ‘Rock ‘N’ Roll Train’, slated to arrive at radio around the world on August 28th with a video debuting in September.

AC/DC will embark on a major world tour, the group’s first since 2001, beginning late October.

If you couldn’t get the links to work at IHeartMusic.com, you can also find Rock N Roll Train at this link.