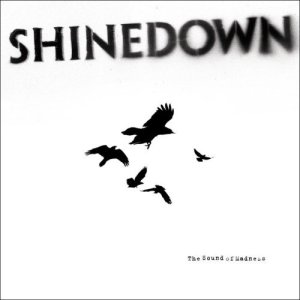 Shinedown has been a real hit and miss band for me over the last few years. There are some songs that I like a lot by the band, but I typically struggle to listen to an entire album from beginning to end. The Sound of Madness is the first Shinedown album to change that.

The Sound of Madness has no less than 5 songs that could be instant radio hits.  Yes, it really is that good.

The first time I listened to the song “Devour“, I thought it sounded more like a Disturbed song, than a Shinedown tune. Nonetheless this song has grown on me quite a bit, and a like it a lot.

The title track “Sound of Madness” is driven by a heavy bass line and rhythm guitar.  This is another cool tune that is radio worthy.

I have always felt that best instrument that Shinedown has is the voice of Brent Smith.  On “Second Chance” he lets his voice shine.  This is one of my favorite songs on this record.

“Cry For Help” is the kind of chunky rocker that I would expect from Velvet Revolver, not Shinedown. This song does a good job at breaking up the pace on the record.  This is the type of song that will pump the crowd up when played live.

“The Crow and the Butterfly” is a massive tune.  This ballad like tune reminds of Guns ‘N Roses, “November Rain”. The production is huge on this song.  This will be a major hit for Shinedown.

I was hoping for another rocker at this point on the album.  “If You Only Knew” is a mid-tempo tune that sounds tailor made for radio. It is a good tune, but I wanted to hear something a little heavier.  Luckily, I got my wish with “Sin With A Grin“.  This rocker gets better with every listen.

“What a Shame” is one of the few songs that just hasn’t got its hooks into me yet.  It kind of feels like it is trying to repeat the success of Shinedown’s tune “45”, but this song isn’t as good as that.

“Cyanide Sweet Tooth Suicide” is another heavy tune that rocks hard.  I like this song a lot.

Something about “Breaking Inside” reminds me of Buckcherry’s “Sorry“.  It doesn’t sound like “Sorry” but it has that same formula that could help propel this song to hit status.

“Call Me” closes out The Sound of Madness with a very good piano driven ballad. This is another solid tune, on an album that is full of them.

I must admit that I didn’t expect much from The Sound of Madness and it far exceeded my expectations.  This is a strong album for Shinedown, and one of my favorites this year. Check it out!

For more information on Shinedown, check out their myspace page. 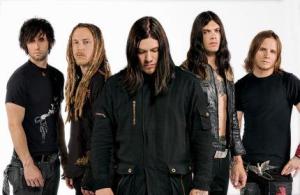