Forged in the furnace of the European rock scene, BADMOUTH has captured the attention of fans around the world, and the eye of industry pros even before the release of their first album. The guys wanted to write rock tunes that stood out from the rest, drawing on the classic rock roots of bands like Dokken, AC/DC, Guns and Roses and Aerosmith, that have been lost in the drone of today´s rock music.

Tom, Chris, Randy, Mike and Rick realized that their job didn´t end with writing their music, it had to be recorded and produced by the right people. Their self-titled debut album was produced at Fortrocks Studio in California by the renowned producer Paul Sabu. The end result? An album that hooks rock and roll junkies with an addictive mix of driving beats, rich vocals and tons of attitude. 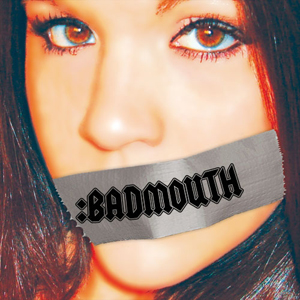 TRACKLIST BADMOUTH :
1. Pedal To The Metal
2. Kick It Up
3. Cocaine Girl
4. The Last Train
5. Dance Little Sister
6. El Diablo
7.Rivethead
8. Hell Tonight
9. … And Take Your Toothbrush With You
10. SuperSassyBaby

5 samples can be listened to for streaming at the bands MySpace : www.myspace.com/badmouthswe