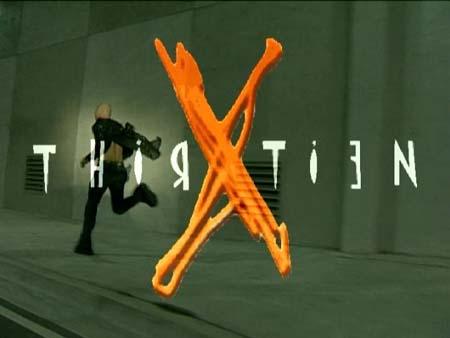 Florida based metal outfit X-THIRTIEN has signed on with CHAVIS RECORDS for their debut release ‘YOU’RE NEXT’. X-THIRTIEN is comprised of U.S. and European based musicians featuring Joe Russell, Johnny Osborn, Rollie Feldman, Mathias Lang, Tracy Ferrell, and Erik Zvanut.

2 years in the making, ‘YOU’RE NEXT’ is a concept album that tells the saga of good versus evil, a man transformed into superman, in conjunction with a band transformed into a super band. This is a breakthrough concept for the “fan loyal” New Rock genre. Passionate, powerful lyrics are placed inside the thick, heavy sound of X-THIRTIEN. Intense meaning alongside the grooves and riffs certainly becomes cathartic to listeners and fans all alike. The CD was recorded at Third Stone Studios in L.A., produced by Dana and Justin Walden (Sevendust), Mudrock (Godsmack) with the help of world famous Toby Wright (the man behind some of the biggest bands in the business, including Metallica, Alice n Chains and Tantric). Mixing the project to perfection, James Murphy who has done work for Nuclear Blast, Century Media, Roadrunner, Candle Light, Metal Blade, a talented producer/engineer, known for creating intense mixes and massive sounds throughout the record industry.

X-THIRTIEN is taking the album concept and transforming it into a full stage production and heading out on the road bringing the show to the fans. The demand for the band continues to increase. X-THIRTIEN tour dates will begin in 09 throughout the States and may also include shows in Canada, Europe, Japan, South America and Australia.

TELL THE WORLD: X-THIRTIEN, ‘YOU’RE NEXT’ is a definitive concept CD that includes standout songs from the new release such as RUN, FREAK and LET’S GO CRAZY, featuring the title track ‘YOU’RE NEXT’ as well as additional break-through material. X-THIRTIEN perfected its trademark ‘X’ with a mix of guitar heroics, anthemic hooks and hedonistic attitude while playing live shows out on tour. X-THIRTIEN will be together and out on the road, which is exactly where they want to be. Beware of the ‘YOU’RE NEXT’ ‘X’ attack in 2009!