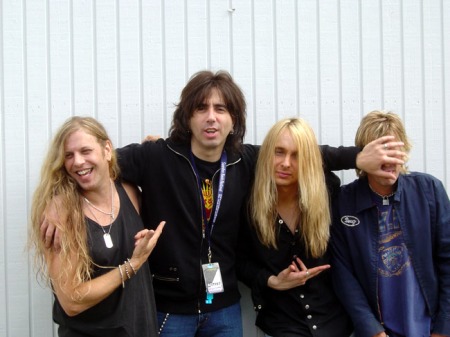 Here is some news people have been waiting a long time to hear.
DANGER DANGER’s Bruno Ravel has issued the following update on the band’s next album:

“Ted (Poley) has completed five basic vocal tracks and will be returning in a few weeks to sing some more. We plan to finish all the recording in January and then we will finally start to mix!”

A release is tentatively planned for April/May 2009 through Frontiers Records. More details will be revealed soon.