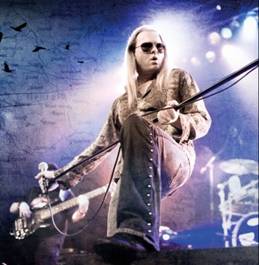 JORN is working hard on the recording of the new studio album which he plans to entitled “Spirit Black”. Titles of some of the new songs include “Road Of the Cross”, “Black Heart” and “Rock’n Roll Angel”. Jorn states “People can expect a solid and defined album that will shake the classic metal world and hammer the future Jorn legacy in stone”! Frontiers plans to release the new album in June 2009.