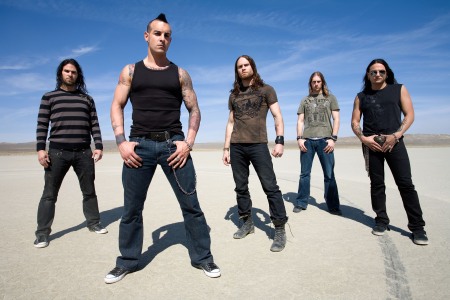 Rev Theory, currently on tour with Theory of a Deadman and Ten Second Epic, will perform Saturday Feb. 21 and Sunday, Feb. 22 in the Auto Club Speedway FanZone as part of the festivities surrounding the Auto Club 500 Weekend – the West Coast Premiere of NASCAR for 2009.

Formed in 1997, the group released their debut album, Truth Is Currency, on EMI subsidiary Element Records in 2005. They are currently signed to Interscope Records and their 2008 release Light it Up is featured on the NASCAR ‘09 video game and was the official theme music for WrestleMania 24.

Gavin Rossdale, who is currently enjoying the success of his Top 40 hit single “Love Remains the Same”, will perform a pre-race concert prior to the Auto Club 500, NASCAR’s 2009 West Coast Premier at Auto Club Speedway on Feb. 22.

Rossdale will perform four songs at Auto Club Speedway. His four songs will include his hit single “Love Remains the Same” as well as classic hits from his days as the frontman for rock group “Bush”.

Said Rossdale of his first solo album, WANDERlust, “The wanderlust I’m talking about isn’t that desire to travel and see the world. “It’s my overwhelming desire to get out and play music for people. I feel like a racehorse that’s been stuck in the stables a bit too long.”