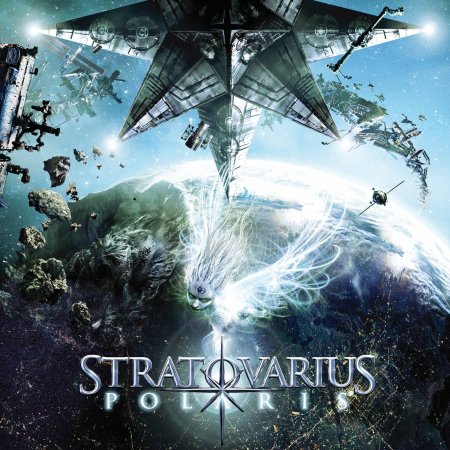 A Finnish Invasion Comes To The States

To Be Released By Armoury Records

For over twenty years, Stratovarius has played a substantial part of crafting a new sound, mining into the core of metal and adding the elements of a classical symphony. This has made them one of the most well-known symphonic metal bands worldwide, and Armoury Records (a division of Eagle Rock Entertainment) is proud to present Polaris, their new studio album being released stateside May 26.

Their name says it all – a contraction of “Stradivarius” (a high-quality stringed instrument found in orchestras) and one of hard rock’s favorite companions, the “Stratocaster.” Pioneers of progressive metal, Stratovarius blends rock influences with neo-classical passion for a sound so epic and bombastic, that they helped define an entire genre. As such, this heavy-hitting eruption of an album is a collection of eleven songs that thrive with powerful melodies, sophisticated arrangements, and supreme technical prowess. Vocalist Timo Kotipelto explains, “Polaris is a positive, powerful album that Stratovarius fans all over the world are certain to take to their hearts.” A unique blend of rock anthems and heavy fist pumpers, Polaris is a take on metal that is fresh and compelling, sophisticated yet brimming with strength and fire. Polaris was recorded in the fall 2008 at Hästholmen and 5by5 studios, in Helsinki, Finland. It was mixed by the legendary Mikko Karmila, who has a long history with the band. They hid themselves in a secluded cottage in the forests of Finland to focus on making the perfect record, and emerged with not only Polaris, but also a positive new outlook on the direction of their career.

The real power behind this record is that it comes from a band that has seen its ups and down. Formed in Finland in 1984, Stratovarius treaded a tumultuous path on their journey, facing obstacles that should have sidelined the band. After a history of numerous line-up changes, financial problems, and legal woes, Polaris is the opus of a band rising from the ashes of a broken road, claiming their status as rock survivors yet again.

With the addition of new guitarist Matias Kupiainen, Stratovarius (vocalist Timo Kotipelto, bassist Lauri Porra, drummer Jörg Michael, and keyboardist Jens Johansson) are ready to dominate the progressive metal empire. They will hit the road in May, embarking on an international tour that starts in Europe and ends in the States. This includes a stop at the renowned Wacken Rocks festival.