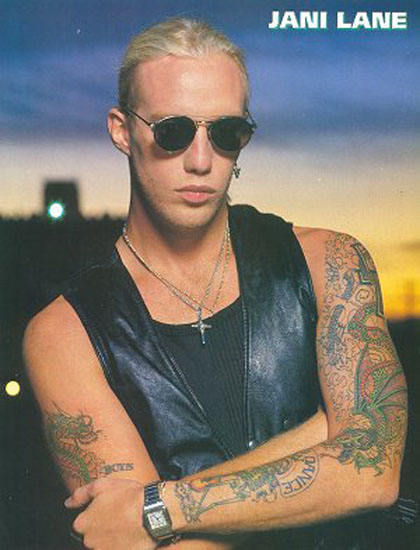 Former Warrant lead vocalist Jani Lane has been arrested for DUI after getting involved in a minor traffic collision on Wednesday night.

According to RadarOnline, Los Angeles police were called to investigate a minor traffic collision at Topanga and Ventura Boulevards around 9:30 p.m.

The 45-year-old glam metal rocker was one of the drivers. He was determined to have been driving under the influence during the incident. He was taken to the LAPD’s Van Nuys Division and was booked on a misdemeanor.