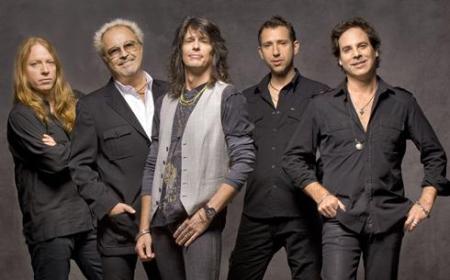 Can’t Slow Down, due Sept. 29 on Rhino Entertainment, unveils 13 new songs produced by Marti Frederiksen and Mark Ronson. The title track is a nod to NASCAR and the band’s appearance at this year’s Samsung 500 in Texas.

A second CD remixes such classics as Double Vision, Cold as Ice, Urgent, Hot Blooded and I Wanna Know What Love Is. And the set’s DVD culls performances of hits in 5.1 surround sound, plus footage from Foreigner’s current European tour.

The collection will be sold exclusively at Walmart for $12. The band launches its U.S. tour July 30 in Morristown, N.J.