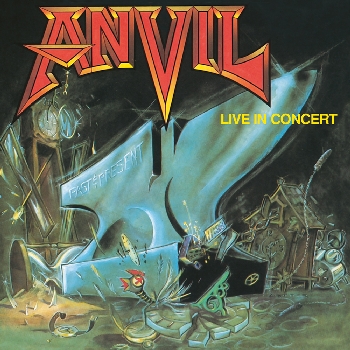 For some – a living legend of heavy metal, for others – a long forgotten relic of the past. Either way, there’s no doubt that Anvil left a visible mark in the history of heavy music. Their legacy reaches all the way back to the 80’s, when the group celebrated their biggest triumphs. Although Anvil’s popularity eventually expired, the band remained true to their passion and against all the odds, kept recording new material for years to come.

In January 2008 director and huge Anvil fan, Sacha Gervasi (known also as the writer of the blockbuster film “The Terminal”) released his documentary about the band, called “Anvil! The Story of Anvil”. Filmed between 2005 and 2007, it showcased with brutal honesty Anvil’s decline from greatness to obscurity. The documentary proved to be a big hit, winning thousands of hearts worldwide and getting raving reviews in the press. The Times called it “possibly the greatest film yet made about rock and roll”. The movie brought Anvil back on the metal radar – in 2009 the band performed on the Download Festival and supported AC/DC on three shows during their “Black Ice” world tour.This exclusive re-release brings back a truly exceptional live album. “Past and Present – Live in Concert” covers Anvil’s most successful period and delivers some of their most memorable hits and is the perfect way to get to know one of the most remarkable and die-hard bands in the history of heavy metal! Metal Mind Productions will re-issue this album on 21st September (worldwide except for USA, Canada, South & Central America).