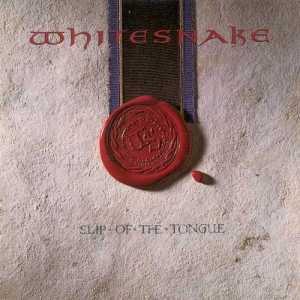 It is hard to believe that it has already been two decades since Whitesnake’s CD, Slip of the Tongue, but 2009 marks the twentieth anniversary of this very successful release for Coverdale and company.

The funny thing is, (to me at least) this album rarely comes up in my play list, and I consider myself a pretty big Whitesnake fan.  After listening to Slide it In and the self titled disc from 1987, I can understand why Slip of the Tongue is greatly missing something. It lacks that bluesy edge that made the previous two albums so great. Coverdale is the only remaining member from the previous two recordings, and Slip of the Tongue shows just that. Coverdale’s vocals are great, but his vocals alone can not carry the band.

Steve Vai is an incredible guitar player, and I loved his stint in David Lee Roth’s band, but his style of playing is so different from John Sykes that it gives Whitesnake a completely different sound.  I am not knocking Vai as a player, but I am not so sure that he was the right fit for Whitesnake.  There is lno bluesy element in Vai’s guitar work, and that is what Slip of the Tongue greatly needed.

Roth) all recorded with Coverdale for the first time on this release.  Even with all of this talent at this disposal, Coverdale could not capture the magic from his previous two releases with this disc.

With that being said, Whitesnake still ripped out a few hits off of this CD, including “Now Your Gone”, “The Deeper the Love” and the band’s reworking of the 1980 Whitesnake classic, “Fool For Your Loving”.  (Is Whitesnake the only band to cover themselves?)   Some of my favorites from Slip of the Tongue, are the tunes that got less attention, including “Cheap and Nasty”, “Wings of the Storm” and  “Judgement Day”.

Slip of the Tongue is far from bad.  It just doesn’t quite live up to the Whitesnake legacy. From a hair metal perspective, it is very good, but as a Whitesnake release it is slightly above average.  You can score copies of this CD for under $3.00 at this link.
Rating: 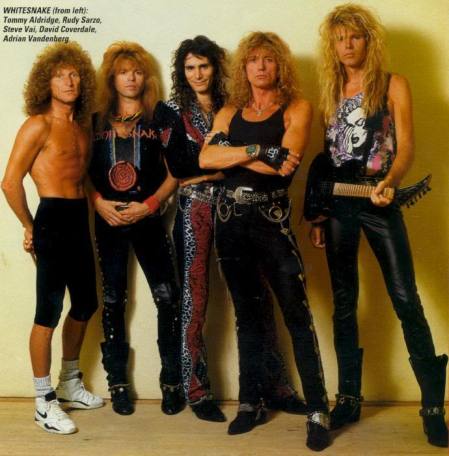