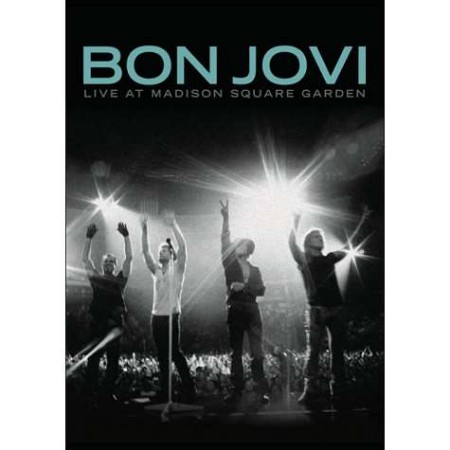 http://www.bonjoviliveatmadison.com/
In 2008 Bon Jovi returned to New York City from a globe-spanning, world-conquering tour to rock their spiritual home of Madison Square Garden.That night was an epic, career-spanning set of greatest hits including ‘Always’, ‘Wanted Dead or Alive’ and ‘Livin On A Prayer’.
Now for the first time you can experience the power of live Bon Jovi in stunning high-definition and surround sound with the release of ‘Live At Madison Square Garden’ on DVD and Blu-Ray.Watch the trailer and order the DVD here

In an exclusive Blu-Ray bonus feature you can discover the inner secrets of one of the biggest success stories in rock music history courtesy of Bon Jovi’s first-ever documentary feature.

Threading intimate band interviews together with candid scenes of life on the road, ‘When We Were Beautiful’ is a vivid no-holds-barred look at 25 years of brotherhood in one of the greatest rock & roll bands of all time.

‘Live From Madison Square Garden’ will be released on December 15th, 2009.