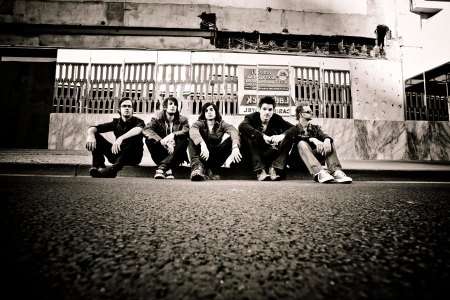 Adelitas Way has contributed a brand new song called “A New Day” to an upcoming WWE compilation titled WWE: The Music — A New Day. The collection, which also features songs from Story Of The Year and others, is available in-stores now as a standard CD and exclusively at Amazon MP3 as a digital download.

Meanwhile, the Las Vegas rockers continue to give their fans a behind the scenes look at life on the road through the use of digital short videos. The latest video captures bass guitarist Derek picking a fight with front man Rick and leaves one of the band members in pain on the floor. Check out the video here and see who comes out victorious.

Head over to the bands official MySpace page to hear the band’s latest single “Last Stand” and a list of current tour dates with Theory of a Deadman and Halestorm.