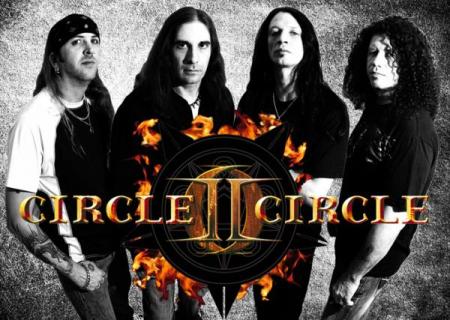 “We are very excited to sign CIRCLE II CIRCLE to this deal, with the upcoming album release, CONSEQUENCE OF POWER & world tour starting this fall. It will be an exciting time for CIRCLE II CIRCLE.” states John Kunz President of ARROWHEAD PRODUCTIONS.

CIRCLE II CIRCLE DRUMMER, JOHNNY OSBORN adds, “The band is really excited with this partnership. ARROWHEAD PRODUCTIONS is a leader in the music industry and will open new doors for us during the launch of this tour.”

In 2010 fans will see CIRCLE II CIRCLE on a trend of extensive touring, as well as the release of their fifth album CONSEQUENCE OF POWER. The band lineup consists of ZAK STEVENS, MITCH STEWART, ANDY LEE & JOHNNY OSBORN. This will mark the second concept album for the band in their five-album career.

Look for updates on www.myspace.com/circleiicircle for upcoming news on the release of “CONSEQUENCE OF POWER” on AFM records.