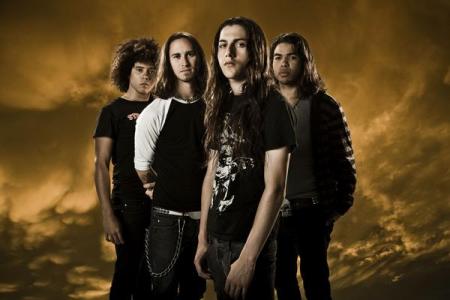 Metal group Black Tide have just unveiled a new song on their Official Site called “Bury Me” which will be released as a split digital single with another new song, “Honest Eyes”, on 9/21.

The band recently spent time in the studio with renowned producers GGGarth and Josh Wilbur recording the follow up to their 2008 critically acclaimed debut, Light From Above. Webisodes from these sessions can be seen on the bands Official VEVO channel: http://www.youtube.com/user/BlackTideVEVO.

The band will be teaming up with Bullet For My Valentine and Escape The Fate on tour through till the end of October. Tour dates can be seen on the bands Myspace page.