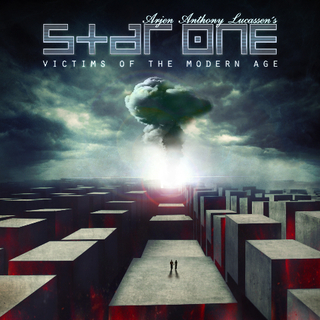 ALBUM IN STORES OCTOBER 25, 2010 PRE-ORDERS AVAILABLE NOW
Arjen Anthony Lucassen’s latest masterpiece from his STAR ONE project hits stores in just a few weeks.  In celebration of this hard rock and heavy metal site Arjen has uploaded a brand new video trailer for the album below

The song “Earth That Was” is available for streaming on at Noisecreep at http://www.noisecreep.com/2010/09/22/star-one-earth-that-was-song-premiere/ Lucassen told Noisecreep, “I wanted the new STAR ONE album to be heavier and more guitar-oriented than the first one. So I spent weeks trying out loads of guitar amps, microphones and speakers to dial in my ultimate dream guitar sound.”