Frontiers Records is pleased to announce the European release on December 3rd of two (2) NELSON albums: “Before the Rain” the demo collection of songs that secured their recording deal with Geffen Records in 1990 and “Perfect Storm – After the Rain World Tour 1991” live concert album. A North American release will follow in February 2011, as a complement to the release of NELSON’s brand new original album “Lightning Strikes Twice”.

“Both of these extraordinary albums provide a NELSON time capsule,” reflects Gunnar Nelson.  “From the early demo recordings on ‘Before the Rain’ to the rare live tour recordings on ‘Perfect Storm’, the music on these albums offers a unique glimpse of our early career.”

“These two NELSON albums are indeed newly unearthed roots of the NELSON family tree,” adds Matthew Nelson.  “They both offer valuable insight to what makes our current sound what it is by way of an amazing journey back in time as we were first putting all of the pieces of the puzzle together.”

The phenomenal success of NELSON’s 1990 debut LP “After The Rain” did not happen overnight.  It came after years of hard work that are documented in the “Before the Rain” album, a release that tells the story of twins Matthew and Gunnar Nelson and their five year musical journey (from 1986 to 1990) to reach the Rock N’ Roll Promised Land.

In 1986, after writing songs with Dweezil Zappa for his debut LP “My Guitar Wants To Kill Your Momma” and writing and recording the title cut for the film “Bill and Ted’s Excellent Adventure” under the band name Power Tool, Matthew and Gunnar Nelson decided they needed to hone their songwriting craft and learn from experts. They started with writer/producer Jack Ponti in New Jersey and recorded the songs they wrote that year with friends that eventually became the band Skid Row. Next, they journeyed to Australia to collaborate with Little River Band’s hit writer Graham Gobel and other writers for two months Down Under. A subsequent 3-month stay in the U.K. to write with hit makers Adrian Gurvitz and Argent’s Russ Ballard followed.

Though elements from those experiences and sessions would wind up in later attempts, NELSON finally hit musical pay dirt writing songs in a bedroom in Pacific Palisades California and recorded them in a 16-track demo studio in a converted garage in the San Fernando Valley with a then unknown writer/producer named Marc Tanner.

The results are what can be heard now on “Before the Rain”. These are the original demonstration recordings that caught the attention of A&R legend John Kalodner in late 1989 and scored Nelson a recording contract with Geffen/DGC Records which led to eventual sales of more than 3,000,000 copies of “After The Rain” and all the success that followed, including a World tour with over 300 concerts.

NELSON’s live line-up included some incredible virtuoso musicians such as Bobby Rock on drums, Brett Garsed on guitar, Paul Mirkovich on Keys and vocals and the addition of Joey Cathcart on vocals and second lead guitar.  NELSON provided 4-part harmony, stellar musicianship, veteran showmanship, twin frontmen, and most importantly – great songs. NELSON played venues ranging in size from 1,200 to 60,000 seats between 1990-1992 from New York to Tokyo, sharing the stage with some other great bands with some strong openers, including House Of Lords, Tyketto, Enuff Z’nuff, Cinderella and Lynch Mob.

Amazingly and sadly, throughout the 3-year phenomenon of “After The Rain”, none of the tour’s concerts were ever filmed in their entirety. “Perfect Storm” live audio recordings are all that remain to document the height of NELSONMANIA for posterity. If you were there you are sure to remember how you felt that night experiencing the magic of the “After The Rain” tour in person. If you weren’t, you can be transported back in time now through this amazing live album.

With all the right components for success, the right cast of characters, the best fans, everything converging at the right place and time…. NELSON’s After The Rain World Tour was “The Perfect Storm”. 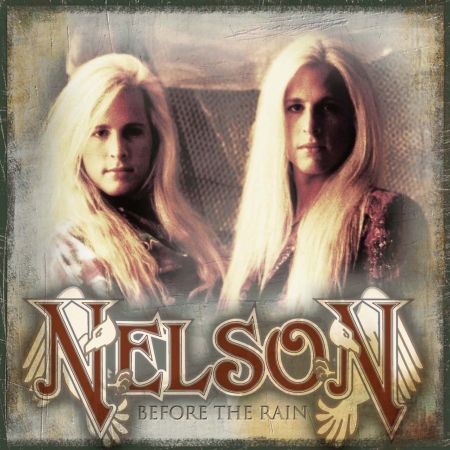 “Before the Rain” tracklisting includes:

After The Rain; Bits And Pieces; (Can’t Live Without Your) Love And Affection; Will Ya Love Me; You’re All I Need Tonight; More Than Ever; (It’s Just) Desire; I Can Hardly Wait; Senorita; Everywhere I Go; Let’s Get This Show On The Road; Far Away From Home; It’s Gotta Get Better; I Wish; That’s Love; Avalon; Runnin’ Outta Time (The Silence Is Broken); Love Is All We’ve Got. 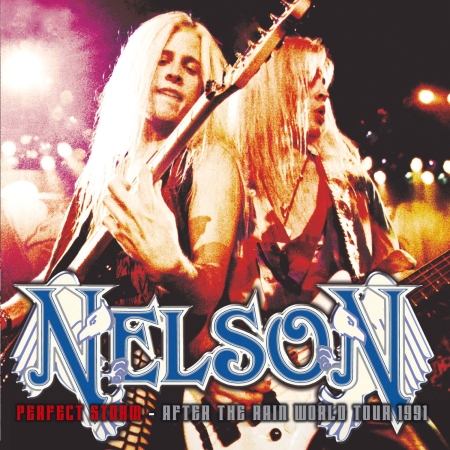 On With The Show!; Fill You Up; More Than Ever; Only Time Will Tell; Uluru; Will You Love Me; (Can’t Live Without Your) Love And Affection; Two Heads Are Better Than One; Bits And Pieces; After The Rain; The Legend; Thank You And Good Night; Interlude; Everywhere I Go; Keep One Heart (full band version – studio Bonus Track).

Before the Rain – performers:

Matthew and Gunnar Nelson – All instruments

After the Rain Nelson Perfect Storm
Leave A Comment   ↓