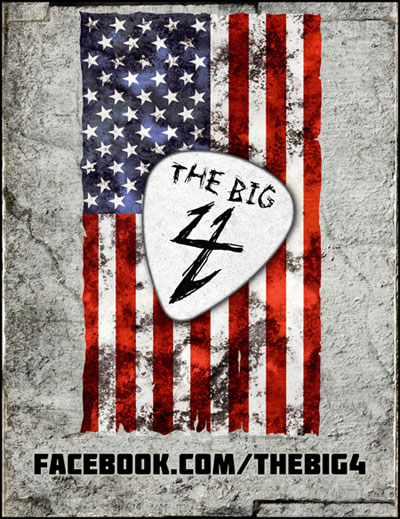 U.S. dates for Metallica, Slayer, Megadeth and Anthrax, collectively known as the “Big Four” of 1980s thrash metal will be announced soon! “The Big Four: Live From Sofia, Bulgaria” 2-DVD set and Blu-ray containing footage of the June 22nd, 2010 Sonispherecinecast from the Sofia, Bulgaria leg of the touring rock festival featuring the “Big Four” was recently RIAA (Recording Industry Association of America) certified Double Platinum in the US for shipments in excess of 100,000 copies. More details regarding the U.S. dates will be announced soon, but in the meantime a Facebook page has been launched here: http://www.facebook.com/TheBig4