“WHAT IF…” NOW SET FOR FEBRUARY 15TH RELEASE IN NORTH AMERICA

Shredder rock-pop metallers Mr. Big are back with brand new album WHAT IF…The new studio release finds all four original band members reuniting for their first album in 14 years.  Produced by Kevin Shirley (Aerosmith, Rush, Iron Maiden), WHAT IF…will now be released in North America on February 15th.  The first single from the album, “Undertow,” will impact at radio this week.  Released last month overseas, WHAT IF…has hit the European album charts with strong respective debuts including: #36 in Switzerland, #50 in Germany, #71 in Austria, #71 in Italy and #75 in Sweden.

WHAT IF…will be released in a special edition CD + DVD in digipak, regular CD, vinyl and digital download and in a limited edition luxury box including the CD, DVD, LP and exclusive memorabilia.  The DVD includes videos of “Undertow” and “All the Way Up” plus a documentary “making of” the album including interviews and exclusive behind-the-scenes footage of the four band members.  Please see below for the complete album track listing.

In other Mr. Big news, the band will play their first U.S. show in more than 14 years on April 2nd at the House Of Blues in West Hollywood, CA.  More U.S. tour dates will be announced later  this year.

Formed in 1988, Mr. Big forged its place in hard rock history by combining trademark virtuosic musicianship with stellar vocal harmonies. The original (and now reunited) line-up features vocalist Eric Martin, guitarist Paul Gilbert, bassist Billy Sheehan, and drummer Pat Torpey.  The quartet produced numerous hit songs that ranged across a wide array of rock genres, including the ubiquitous “To Be With You,” which was a Billboard Hot 100 #1 single in 15 countries for weeks, propelling the band to huge international success and record sales in the multi-millions. 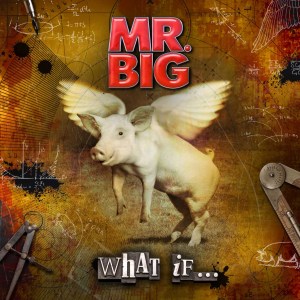 WHAT IF… track listing: