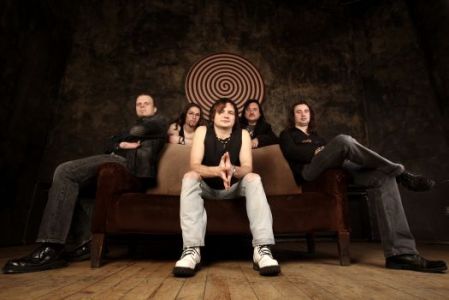 The 6th of June will witness the release of the new album by KRUK, a Polish Hard Rock band, formed in 2001 by Piotr Brzychcy and Krzysztof Walczyk.

Their second studio album will feature a big surprise! The song “In Reverie”, which will promote the album, will include a guest appearance by Doogie White! This charismatic singer is best known to the wide audience for his cooperation with such bands as Midnight Blue, Rainbow, Cornerstore, Yngwie Malmsteen, Rata Blanca and most recently Tank. This anticipated album will surely constitute an obligatory title for all fans of classic rock.

Kruk’s musicians openly express their joy! They couldn’t have hoped for a better present than Ritchie Blackmore’s former singer’s participation in their musical enterprise! As it turns out, Piotrek Brzychcy, Tomek Wiśniewski and Krzysztof Walczyk met White already in 2005 during their gig in Katowice, where they shared the stage with Yngwie Malmsteen. “We were extremely happy that, after the gig, we could give each other high five, that we could make some commemorative photos. Now he sings in our song, he sings our lyrics… on our album. It’s hard to believe!” Piotrek says, adding “I remember one of my first conversations with Krzysiek Walczyk, when we expressed our utmost delight over Rainbow’s ‘Strangers in Us All’. It was back when we were just starting to form Kruk and we had never dreamed that we would ever have the honor of cooperating with Doogie White. We adored White for having set new standards in the Purple-Rainbow family with the way he sang with Blackmore. What he recorded for “In Reverie” is to our utmost satisfaction because you can hear passion and joy in every single note. I don’t think there’s a more happy band today in the entire universe than us!”