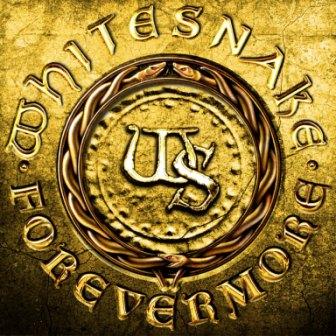 It’s hard to believe that a mega-rock star such as David Coverdale would have trouble finding love. He’s rich, charismatic, still decent looking, and a well known entertainer. One would think that the girls are lining up to date him and that he would be able to take his pick for a love mate.

However, on Whitesnake’s latest album, Forevermore, themes of needing love, wanting love, and stealing love are rampant throughout. “Steal Your Heart Away”, “All Out Of Luck”, “Love Will Set You Free”, and “Easier Said Than Done” are the first four tracks on Forevermore. All four songs revolve around a similar theme — love. What was going through the mind of Mr. Coverdale while writing the lyrics to these songs?

That’s not to say that Forevermore is a sappy, heartsick, school boy, love fest. It is far from that. While there are the required ballads done in Whitesnake style (ala Is This Love), the majority of the record is rooted in hard rock. And with guitarist Reb Beach lighting it up much like he did on Winger’s last album (2009’s Karma) Forevermore is a treat for both Whitesnake fans and fans of hard rock.

Songs such as “I Need You (Shine A Light)” are notable, powerful, and pleasing to the ear upon first listen. “I Need You (Shine A Light)” is a fast moving, up tempo, hard rocking song that could be the best thing Whitesnake has produced in years. Coverdale’s voice sounds like the 80s all over again and the twin guitar attack from Beach and Doug Aldrich is pure joy for the music lover. The opening riff just screams “Summertime!” and if you close your eyes, you can feel the hot sun on your face and the highway miles rolling behind you. If this song doesn’t become a huge hit, there is something wrong with the music industry. It would be in the best interest of Whitesnake’s management to make sure that “I Need You (Shine A Light)” is released as a single.

Then there is the lighter side of this album. The soft acoustic “One Of These Days” is the perfect contrast to “I Need You (Shine A Light)” and is superbly placed to follow that massive rock single. These are complete book ends in the form of musical opposites. “One Of These Days” finds Coverdale’s voice sounding sweeter than ever. With a perfect blend of acoustic guitar and a dash of electric mixed in, “One Of These Days” weaves wonderfully through the listeners ears.

It’s obvious that Whitesnake took the recording of Forevermore seriously. Their vast catalog of music has served a number of hits over the years, and the band knew that they were up against their past. Rather than shy away from that challenge and try to recreate music they’ve already done, or churn out something that is total garbage, the band worked hard to put together a spectacular collection of songs that make a fantastic record.

Notable Tracks: I Need You (Shine A Light), One Of These Days, Fare Thee Well