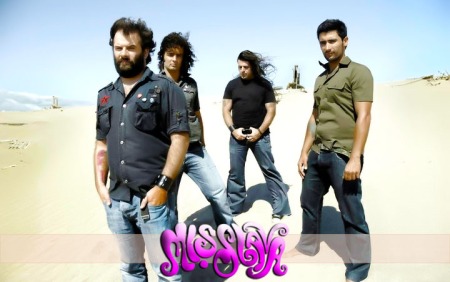 Portuguese heavy rock powerhouse MISS LAVA has entered Panavideo Studios, in Lisbon, Portugal to record their upcoming full-length album, the follow-up to their debut Blues For The Dangerous Miles (2009 – Raging Planet Records), under the supervision of producer/bassist Samuel Rebelo. The record will be mixed and mastered in August/ September by a famous North-American producer soon to be announced.

According to a band update:

“J. Garcia already initiated the drum parts recording process which are becoming really explosive and amazing. The band is very excited with the sounding of the new stuff and yes, it will be a harder and more intense work and for sure the fans will love it.”

Chris Common (THESE ARMS ARE SNAKES, PELICAN) is the responsible for the drum acoustic sound.

The name and its release date are still to be unveiled as well as the bands inked deal for this new record.

Some song titles set to appear on the CD include:
‘Desert Mind’
‘Motel Neon’
‘Ride’
‘Kill My Grace’

MISS LAVA will play a show on May, 14th at Revolver Bar, in Cacilhas, Portugal at Stone N’ Roll Fest 2011.

For more updated information on the bands activities please follow to http://www.facebook.com/pages/Miss-Lava/103744269669446.