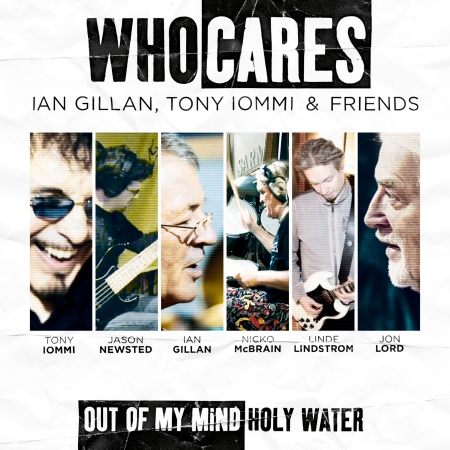 Additionally, on June 21, earMusic, in cooperation with Eagle Rock Entertainment, via its subsidiary Armoury Records, will release the two songs plus a 30-minute documentary showing the involvement over the years of Gillan and Iommi to the Armenian cause, on a special CDE (enhanced CD).  [MSRP $6.98]
Gillan told www.blabbermouth.net that the idea came when he and Iommi flew back from the area together “after being inspired by the enthusiasm of everyone there to get this thing done,” adding, “it was brilliant working with Tony again after all these years. He makes life easy for a singer. The other guys need no introduction, do they?”
“Some 20 years ago,” adds Iommi, “when the call came, I thought, `well, at least I’ve helped,’ but it was going to Armenia and seeing the actual devastation caused by the earthquake that really made me realize that funds were still needed.”
Eagle Rock Entertainment is an international media production and distribution company operating across audiovisual entertainment programming. Eagle Rock Entertainment works directly alongside talent to produce the highest quality programming output covering film, general entertainment and musical performance. Eagle Rock Entertainment has offices based in London, New York, Los Angeles, Toronto, Hamburg, & Paris.

earMUSIC is the international pop-rock label of Hamburg based entertainment group Edel.