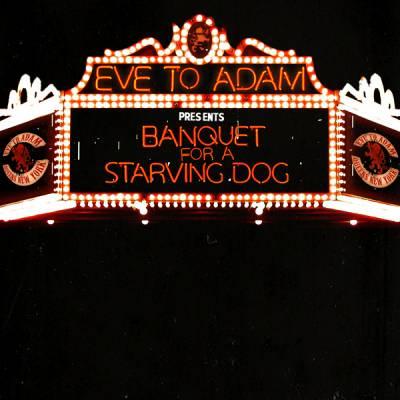 NYC rock group EVE TO ADAM have just released a video for their current single, “Run Your Mouth” which is featured on their forthcoming album Banquet for a Starving Dog (available everywhere 9/13.) The video for “Run Your Mouth” was directed by the Diamond Brothers and features guest appearances by such Hollywood notables as Dann Florek (Law & Order: SVU), Vincent Pastore (Sopranos), Chuck Zito (from HBO series OZ) and award-winning Indian television star Kavita Kaushik.

“Run Your Mouth” is also now available for purchase on iTunes and Amazon.

The band is currently out on the road with Saving Abel. For a full list of tour dates check out the band’s Facebook and Official Site.