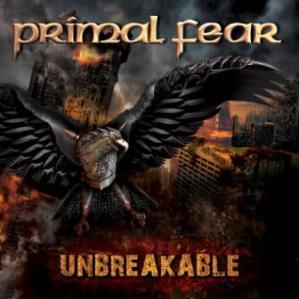 Later this month (January 20th in Europe, January 24th in the U.S.), Heavy Metal band Primal Fear will be releasing their 9th studio album, Unbreakable. If you are a metal head, you need to mark this date on your calendar, as Primal Fear has crafted a metal album that no fan should be without.

Unbreakable is packed with great vocals, blazing guitar solos, thundering drums and crank-worthy metal anthems that will blow your mind.

The album starts off with a majestic intro Unbreakable (part 1) that doesn’t come close to preparing you for the next eleven tunes that will fill your head with metal happiness.

“Strike” is a fist-pumping, heavy metal anthem that ought to be a staple in Primal Fear’s live set.  What a great tune!

Chances are you may have heard the first single “Bad Guys Wear Black” (see video below).  While this is a great tune, it isn’t the best song on Unbreakable.  To my ears, the best song is the powerful number “Where Angels Die”.  This is an eight minute tune that is arranged with amazing guitar work, excellent keyboards, and the powerful vocals that Ralf Scheepers is known for.  This is an amazing tune that needs to be played multiple times to be fully appreciated.

I thought “Metal Nation” would be another blazing rocker in the vein of Primal Fear’s song “Metal is Forever”.  Much to my surprise, this is a mid tempo rocker, but another great tune, and a radio worthy rocker at that.

When many people thought heavy metal was deal, Primal Fear continued to fly the Metal flag, and have been doing so for over a decade.  The band seems to get better with each album it releases, and Unbreakable is no exception. If Primal Fear’s Unbreakable is a reflection for all of the music that will be released in 2012, this will be a great year for hard rock & metal. It may be too early in 2012 to tell, but I would be surprised if Unbreakable didn’t make a lot of Top 10 lists at the end of the year.  Don’t miss this! 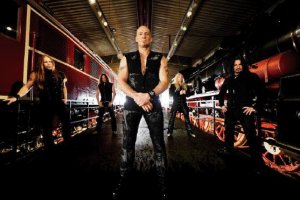