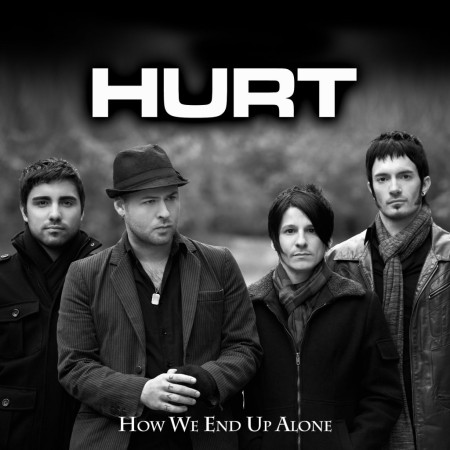 Produced by HURT, engineered by HURT’s Michael Roberts and mixed by John Kurzweg (Puddle Of Mud, GodSmack), “How We End Up Alone” embodies the introspective lyrics written by J. Loren, Hurt’s singer and founder. Loren, who is known for running a sonic scale that includes a soaring chorus to ‘pin-drop’ whispers resulting in nothing short of anthemic. “How We End Up Alone.” which is already garnering rave reviews from the faithful like “Simply Amazing” and “The wait has been worth it,” will prove to be the culmination of years of road work and the mastering of one’s talents through artistic will and perseverance.
Check out HURT’s anthemic new single here.

HURT’s story begins in 2000, when the group originally formed in Virginia, before ultimately relocating to the west coast. Along the way, the group released four albums and have toured alongside some of rock’s biggest names, including Staind, Three Days Grace, Alice in Chains, Seether and Breaking Benjamin. To date, HURT has sold over a quarter million albums and has generated over 150,000 plays at Active Rock, Rock and Alternative radio over several singles. As previously mentioned, HURT’s new album, The Crux (Carved Records), will be out March 27. This is their sixth studio release and it marks a return to the sound that their fans know and love.

How We End Up Alone Hurt
Leave A Comment   ↓