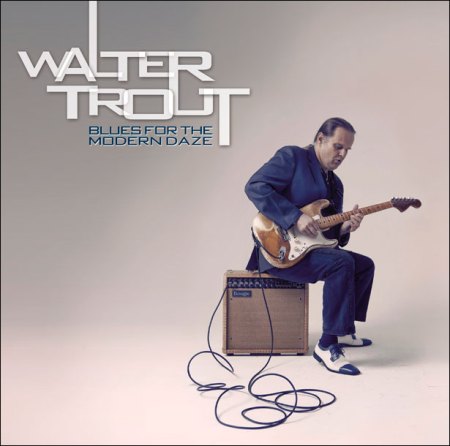 Critically acclaimed American blues rock guitarist, Walter Trout, today announced the release of his new studio album Blues For The Modern Daze.  The album is released by Provogue Records (a division of Mascot Label Group), in the UK on Monday 23rd April, followed by US release on 24th April.

Blues for the Modern Daze, showcases the contemporary guitar legend’s return to his hardcore blues roots.  The album is Trout’s sixth recording for Provogue, and his first fully-fledged blues album in 23 years as a bandleader.  Trout’s practical schooling in blues started when he arrived in Los Angeles in 1973 and secured gigs behind Hooker, Big Mama Thornton, Finis Tasby, Pee Wee Crayton, Lowell Fulsom, Percy Mayfield and Joe Tex. By 1981 he joined the remaining original members of Canned Heat.

The turning point for Trout was his tenure with British blues giant John Mayall. Trout became part of the Bluesbreakers’ lineage of great guitarists along with Eric Clapton, Peter Green and Mick Taylor. By 1989, Trout formed his own band, released his debut album Life In the Jungle, and rapidly became a star in Europe. His first US release, 1998’s critically heralded Walter Trout, made him a permanent fixture in the American blues rock scene.

“My main inspiration for this album,” says Trout, “was the country bluesman Blind Willie Johnson, an early blues innovator who recorded such timeless gospel informed blues numbers as Soul of a Man and Nobody’s Fault But Mine. His music is beautiful, primal, direct and deeply spiritual. “The album explores a side of my music that’s rooted in my first musical love, and it reveals something about me, too. It sums up the thoughts and attitudes of somebody who is getting a little older and is feeling like he’s a part of another era, with different values and a different perspective on life that’s prevalent today.” 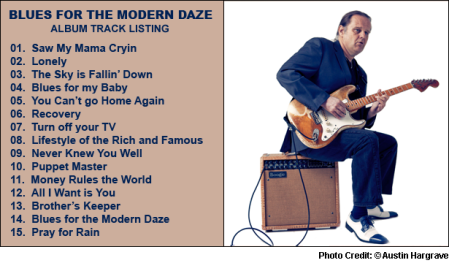 Check out the EPK below!

Blues for the Modern Daze Walter Trout
Leave A Comment   ↓