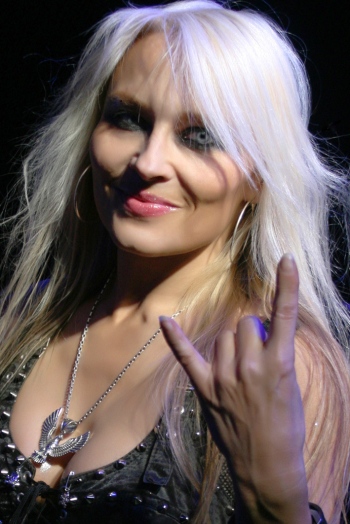 Reigning Queen of Metal DORO PESCH will be appearing as a guest on VH1 Classic’s Season 10 of “That Metal Show.”

“It’s awesome that there’s such a great and unique metal show on television. ‘That Metal Show’ is my favorite show to watch when I’m in America! I’ve known Eddie Trunk for a very long time. He’s a long-time supporter and I love what he does… and he’s always a great interview when I’m in New York. I’m very excited and looking forward to being on the show!”

Hosted by Eddie Trunk, Don Jamieson and Jim Florentine, the DORO episode will air Saturday, May 12th at 9 p.m. PACIFIC / 11 p.m. EASTERN. Other guests include Ian Astbury and Billy Duffy of The Cult and Tesla guitarist Frank Hannon. To view the complete schedule of guests lined up for Season 10, click HERE.

View the 25 Years In Rock DVD video trailer AT THIS LOCATION.

Keep up with DORO PESCH at: