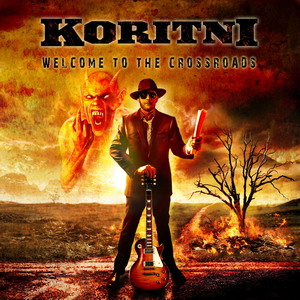 The release date for KORITNI’s new studio album WELCOME TO THE CROSSROADS is now confirmed for Monday 12th March through Verycords / Warner Music France. Distributors and release dates for specific territories will be announced shortly. Five years on from the Lady Luck debut album in January 2007, Welcome To The Crossroads will be Koritni’s third studio album. 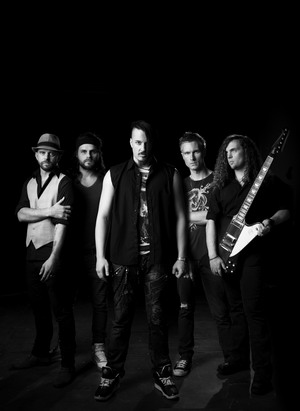 like Megaphon Studios in Sydney, Hipposonic or the Warehouse Studios in Vancouver. Once again after his work on Game Of Fools, Ryan Smith performed the Mastering at Sterling Sound, New York.

For the first time in Koritni history, a few special guests were asked to take part of the project, and they kindly agreed. So it is with honor the band can announce that Jeff Scott Soto (WET, Journey), Jeff Waters (Annihilator) & Rusty Brown (Electric Mary) will be featured on the album.

The full tracklisting for the album (total running time 50:37) is: