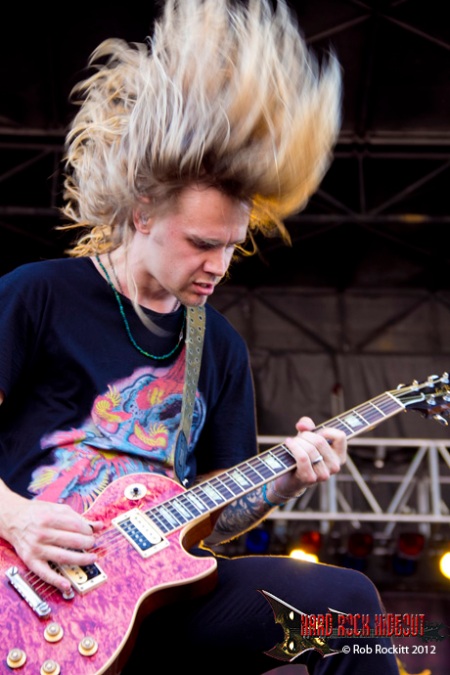 One of the bands I had the pleasure of seeing and shooting at Rock on the Range this year was St. Louis, Missouri’s Cavo.  Cavo is no stranger to Rock On the Range.  2012 was their third trip to this massive Columbus, Ohio music festival. Ironically, their video “Celebrity” includes live clips of the band’s 2011 appearance at Rock On The Range.  I liked the band’s sophomore effort, Bright Nights Dark Days, but I haven’t seen them play live since the Crüe Fest 2 in 2009. I enjoyed their set, and thought their new songs were pretty good.  I will definitely be picking up their new album, Thick as Thieves, as a result of seeing this show.

If you haven’t given Cavo a listen, you should definitely check them out.