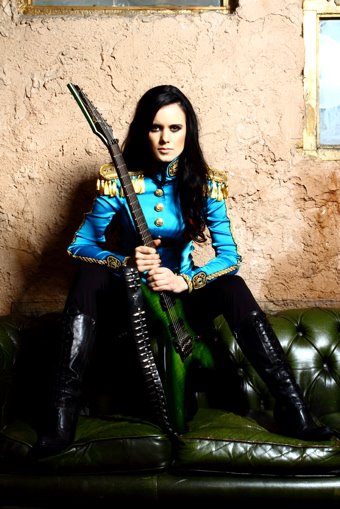 Norwegian 7string guitarist/singer/songwriter “The Commander-In-Chief” has released her first music video, the promo video for her song DROPOUT. The video is featured on Revolver Magazine’s website. She is also their Hottest Chick in Hard Rock in the printed July/August issue, which is out in stores now.  The video was shot in Milan, Italy, in 2011 by video producer Elia Turra.
This new version of the song was remixed by Pantera producer Sterling Winfield in 2011. He later went on to produce her debut EP “Evolution”.
The Commander-In-Chief will do her first Festival performance at the prestigious Bloodstock Metal Festival on August 10th. Headliners are Alice Cooper, Behemoth and Machine Head.