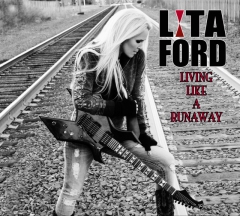 I am always overjoyed when metal bands from the 80s are still taking the time and effort to record new music. It’s nice to know that they are still dedicated to their craft and don’t want to just fall back on their old hit records, touring only behind those songs, or worse, re-record their old hits (something that I’ve never understood). So, when I learned that Lita Ford had a new record out (Living Like A Runaway), I was excited. I was looking forward to listening what Lita had been up to recently. Then I heard the record. My excitement dissipated like the morning fog.

It’s not that Like A Runaway is a terrible record, it’s just not a very exciting album. There are few songs to rally behind and give multiple listens. Most of the album is rather pedestrian and boring. Sometimes that’s worse than putting out a horrendous record. Ford’s vocals are subpar and lack energy, on the songs where she actually sings (as opposed to talking through the vocals).

Lead track, “Branded,” and the follow up song “Hate,” are very weak introductions to the record and it isn’t until the title track (fourth on the album) that things pick up. Again, these songs aren’t terrible, but none of the first three tracks do anything to excite me. None of them make me want to sing along, or get stuck in my head. They all hang in the air and then quickly fade into the oblivion of forgotten.

“Love 2 Hate U” was a song that showed potential early on, but suffered from clichés and weak vocals by both Lita Ford and duet partner Gary Hoey. Add into the mix some lame lyrics (I gave you lovin/your first real lovin/in the backseat/on the night I bought your first real car). Ugh. There is almost no thought in those lyrics. And while the music is somewhat catchy and the guitar riffs rock hard, the terrible vocals and lyrics can’t be overcome.

There are some high points on Living Like A Runaway. A lot of the guitar work is above average, and some of the solos really rock hard. The title track of the album, “Like A Runaway” is a great, nostalgic song that harkens back to Ford’s earliest days as a rock musician in her former band The Runaways. The song has a nice arrangement and overall is quite enjoyable. Ford has a tendency to speak through rather than sing out on the song, which is a recurring problem on most of the album, but otherwise “Like A Runaway” is a solid tune. I expect that it will sell well as a single.

Recent news is that Lita has been getting together with old Runaways band mates, discussing the possibility of a reunion. And maybe there is a reason for that. If she continues to put out lackluster albums like Living Like A Runaway, there won’t be much of a solo career for Lita Ford to fall back on. 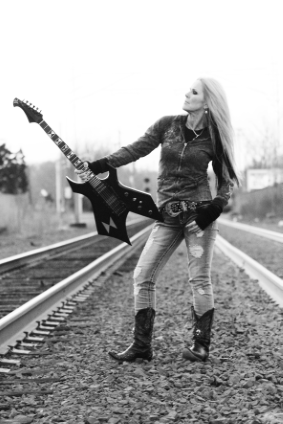