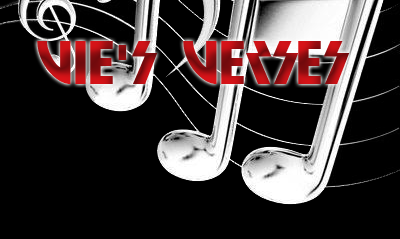 The Rolling Stones are celebrating 50 years as a rock band. Let that soak in for a moment. Mick Jagger, Keith Richards, and Charlie Watts have been making music together for 50 years. My grandfather was my age when The Rolling Stones released their first single. In a time where no one stays together anymore (especially not bands), the Stones continue to move forward and even have new music that is significant. If you haven’t heard the new single “Doom And Gloom” stop reading this now and go listen to it. Don’t worry, I’ll wait for you.

Good stuff, right? The fact that men who are in their 70s wrote that song just boggles my mind. The video has been viewed over 2.5 million times (as of this writing). And the song is flat out great. Yes, an argument could be made that The Rolling Stones aren’t really hard rock, and perhaps we can debate that in a future installment of “Is It Hard?” but in the 60s and 70s, they were hard rock with a blues infusion. Now in the year 2012, they are still rock and roll and still a fantastic band.

To celebrate their 50 year anniversary, the Rolling Stones will be performing 4 shows in 2012. There will be 2 in London (at the O2 arena) and 2 in Newark (at the Prudential Center). I am fortunate enough to live near the Newark venue, so there’s an outside chance that I might go to one of these concerts. However, tickets will sell out in approximately 30 seconds, and the prices are a little high, so I am on the fence. I’ve seen the Stones in concert before, and I know they are amazing, but it’s still hard to shell out $115 for the cheap seats and up to $825 for the premium VIP seats. Yes, you read that right—the Stones want more than $800 for the best seats in the house. If this follows the pattern of tours past, that means you get to sit on stage with the band. As cool as that is, I don’t know if it is worth $800 dollars.

The other part of the 50 year anniversary celebration is the release of Grrr!, a greatest hits package available in both a 50 track and 80 track (deluxe) formats. With the exception of “Doom and Gloom” and one other song, these are all songs that have been released in one form or another over the years. Most die-hard fans will already own all of these hits, but that’s the beauty of the modern world. Those fans can purchase only the new songs and not have to worry about paying for songs they already own. And while a full album of new Rolling Stones material would have been preferred, two new songs are nice, especially when they are as good as “Doom And Gloom.”

The Rolling Stones are an inspiration. Keith Richards, for all intents and purposes, shouldn’t even be among the living, and yet he is still laying down guitar licks that put most other rockers to shame. Mick Jagger is still swaying to the groove well into his AARP years, and Charlie Watts is still keeping the beat when most men his age can’t even get out of bed. And while Ron Wood is slightly younger than the core members of the band, he is over the age of 60, and still keeping up with his mates. When I’m in my 60s, I hope that I’m still able to listen to and enjoy hard rock music, never mind creating it. The Rolling Stones are a testament to great rock and roll. They are the originators of a rock concert. They are legends. And they are still making music worth paying for.

What’s your thoughts? Are you excited that The Rolling Stones are still making new music? Will you try to see one of their four concerts this year? Do you like the new single? Drop a line in the comments and tell us how you feel!