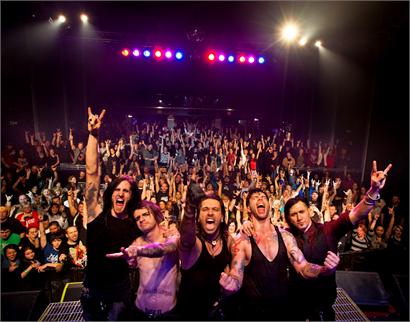 POP EVIL has debuted a brand new music video today for their single, “Purple.”  A montage of tour footage put together by director Andrew Johnson during the band’s massive touring done over the past year shows the band has a lot in store for their fans in 2013.

POP EVIL have been touring since early 2011 in support of their latest record, “War Of Angels.” They recently finished a highly successful run on the TRESSPASS AMERICA TOUR supporting FIVE FINGER DEATH PUNCH & KILLSWITCH ENGAGE.

The band is currently on the road in Canada supporting label-mates BLACK LABEL SOCIETY.