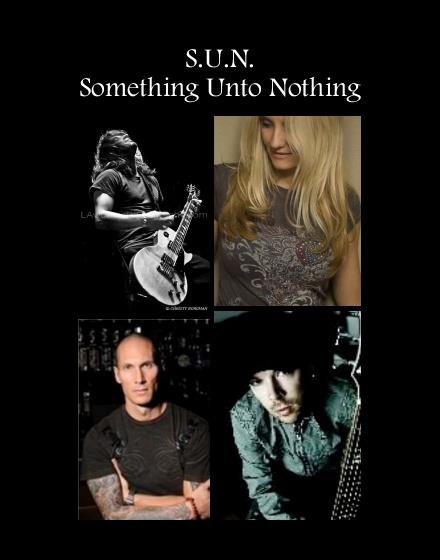 FIRST SINGLE “I’M THE ONE” BUZZING AT RADIO NOW

New rock supergroup SOMETHING UNTO NOTHING (S.U.N.) is set to digitally release their debut full-length self-titled album Tuesday, November 20 on Robo Records. On Tuesday, January 15, 2013 the CD will be available physically with distribution through Fontana/ Universal Music Distribution. As the band’s first single “I’m The One” continues buzzing at radio nationwide, S.U.N. has also announced a week-long string of West Coast promo tour dates, kicking off Friday, November 16 in Las Vegas. They’ll also host a special record release party 11/20 at the Key Club

in Los Angeles. Here’s a video to promote that show: http://youtu.be/efS6dPhlitA.

Legendary multi-platinum selling Canadian vocalist, Juno Award winner and “Canadian Idol” judge SASS JORDAN, has teamed up with songwriter and multi-instrumentalist BRIAN TICHY, known for his tours of duty with Billy Idol, Foreigner, Ozzy and currently Whitesnake, to record an album of anthemic rock songs, under the band name S.U.N. Previously working together is what drove JORDAN and TICHY to collaborate on new music.

“I had played drums on Sass’ RATS record” explains TICHY. “I knew she was one of the best rock singers out there. So after many years, we reconnected and tried a bit of writing together.”

Both felt that in order to write the best, trend-free music they could, they needed to get away so they hunkered down for two weeks to write. “We didn’t realize where we were going when we started out,” says JORDAN. “As we continued the songwriting path from the quintessential rock tunes ‘Burned’ to ‘Mobile Again’ to ‘Nomad’ and on … The whole thing started to take shape in the form of a 70’s odyssey, a time travel trajectory.”

JORDAN has an innate talent capable of conveying powerful emotion through heart-stomping, primal, rock-and-roll singing. S.U.N’s debut album, self-produced by JORDAN and TICHY and recorded in Canyon Country, CA, is explosive, crushing, real and soulful with its natural fusion of blues and rock. JORDAN’s vocal intensity proves a perfect match for the high-energy guitar playing of TICHY and her bandmates which provide the unique music palette that is S.U.N. 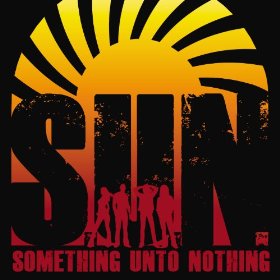 Brian Tichy Sass Jordan Something Unto Nothing SUN
Leave A Comment   ↓