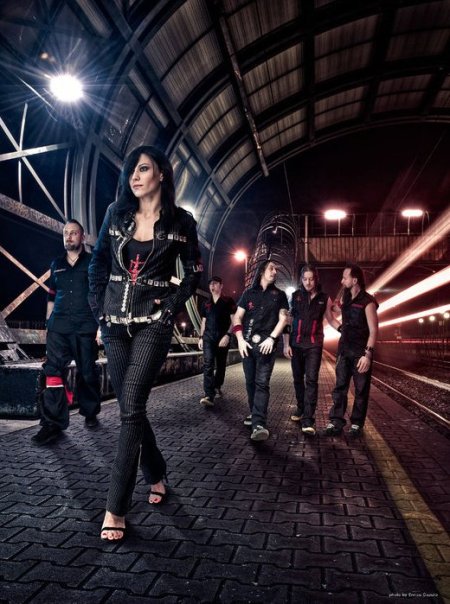 As special holiday treat for fans, Italy’s LACUNA COIL has released their new music video for “End Of Time.”  The video was produced by K48 and directed by the Italian director Saku, who had worked with the band for previous videos such as “Spellbound” and “I Won’t Tell You”. He also directed the mini-movies that were featured on the bonus-DVD included on the limited editions of the band’s current album DARK ADRENALINE.

LACUNA COIL recently announced that they will be touring the US in February 2013 with SEVENDUST.  A full list of dates can be seen below.

The band has spent the past year touring the world in support of their new album, DARK ADRENALINE.  Released earlier this year via Century Media Records, the album debuted at #15 on the Billboard Top 200 Chart, selling nearly 20,000 units in its first week, and spawned the crushing first single “Trip The Darkness.” The band has sold upwards of 800,000 units in the US alone and with six full-length albums, two EPs, various singles and a DVD under their belt; LACUNA COIL maintains their prominent role in the modern rock scene.