Ahhh, it’s that time of the year again. The end of 2012 is upon us. We’ve survived the prophesied apocalypse and now we can look forward to the dawn of 2013. However, before we can move ahead and discuss all of the great rock music that the New Year has in store, we must take a moment to reflect on all the brilliance that was delivered over the last twelve months. So, I am here to do my part. Below are my favorite albums from 2012. I can only hope that 2013 is just as rewarding. 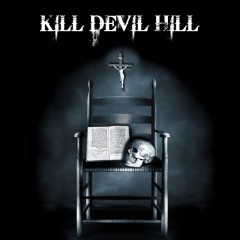 There are few things more enjoyable than being blasted in the ears by the opening track of a brilliant hard rock record. With Vinny Appice and Rex Brown at the helm, you just know that good things are waiting. And good things are exactly what Kill Devil Hill presented. Loud, pure unadulterated, hard rock music delivered with a vengeance. This is doom and gloom meets modern rock minus all of the filler. Kill Devil Hill makes you want to rock out in your bedroom (or wherever you like to rock out) for hours on end. Once the album is over, it’s fun to hit repeat and let it play again.

#9 – Danko Jones: Rock And Roll Is Black And Blue

Rock And Roll Is Black And Blue made me wish I had paid attention to Danko Jones sooner. This is an album that comes equipped with a blues/rock sound full of sexual vibe, hard rocking music, and a whole lot of fun. From odes to the beautiful legs on women, to the joy of waking up to another day, Rock And Roll Is Black And Blue comes stocked with uplifting songs that make feet move and faces smile. This is an album that forces the listener to feel happy by the time it is over. This record is a great reminder that music doesn’t always have to be deep and meaningful with insightful thought put into every word that is sung. Sometimes music is just meant to be fun, and that is what Danko Jones captured on Rock And Roll Is Black And Blue — a whole lot of fun!

You can read my full review of Rock And Roll Is Black And Blue here: https://hardrockhideout.com/2012/10/16/danko-jones-rock-and-roll-is-black-and-blue-2012

You can read my full review of Divide The Blackened Sky here: https://hardrockhideout.com/2012/04/16/the-veer-union-divide-the-blackened-sky-2012

Album Highlights: “Borderline,” “Inside Our Scars”

Swedish Metal is great. When Swedish Metal is performed by Bullet, it’s even greater! Full Pull is the latest record from this band and it is grand in every sense.  Exceptional guitars, heavy drums, and vocals sung by a voice that feels it is erupting from the soul of the Earth, all collide to make Full Pull an amazing record worthy of seeking out. If you haven’t checked out Bullet yet, Full Pull is a great record to introduce yourself to the band and their music. Part AC/DC, part Jackyl, Bullet is all great. If you like your rock loud and proud, you are going to love Full Pull. 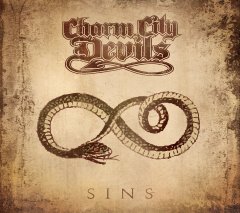 One of the best musical surprises of the year was Charm City Devils’ Sins. I had not paid much attention to this band prior to the release of this album, and that was probably a mistake on my part. Sins is a hard rocking, tempo driven, fun record to listen to. Fun is the most important word in that equation. Sins is just that — fun. If you’re a fan of old school hair metal or hard rock music that makes you want to sing along while stuck in traffic, Sins is the album for you. Perfectly balanced with hard rock anthems, loving ballads, and songs that strippers will be dancing on stage to for years to come, Sins is a terrific album.

Album Highlights: “Devil Is A Woman,” “Walk Away”

Man, these guys just keep getting better and better with every release. With their first release, Leave A Whisper, Shinedown took the music world by storm with massive hits and potential. Their last album, Sound Of Madness, was a phenomenal record that really made me a fan of the band. When the follow up was released earlier this year, I was skeptical that it was going to be as good as The Sound Of Madness. Fortunately for fans, it turned out to be even better. Amaryllis is a hard rocking album that is a pure joy to listen to. From the opening notes of “Adrenaline” to the closing moments of “Through The Ghost,” Amaryllis is a fun ride of rock and roll.

You can read my full review of Amaryllis here: https://hardrockhideout.com/2012/04/06/shinedown-amaryllis-2012

With the return of David Lee Roth to a Van Halen album of all original material fans rejoiced, and rightfully so. This was a true gift given to Van Halen fans that waited years for the return of Diamond Dave. And while their tour may have crashed and burned, and the absence of Michael Anthony is noticeable, that still doesn’t diminish the brilliance of A Different Kind Of Truth. This is Van Halen the way they were meant to be and A Different Kind Of Truth is a great follow up to 1984 even if it came many years later than fans had hoped. Packed with plenty of Dave scat, wicked solos by the great Edward Van Halen, and a song style that could only be pulled off by this band, A Different Kind Of Truth is one of the greatest records 2012 had to offer.

You can read Rob’s full review of A Different Kind Of Truth here: https://hardrockhideout.com/2012/02/05/van-halen-a-different-kind-of-truth-2012

Okay, bring on the haters. Regardless of what a lot of people may think, I personally find Springsteen to be hard rock. He has all of the elements a hard rock band needs (heavy guitars, drums, solos, and an Us against Them mentality), so to me he’s hard rock. And since I find Springsteen to be hard rock, I get to put his latest album in my top 10. Wrecking Ball has done nothing but get better over the course of this year. While a lot of albums that are released in the early spring are long forgotten, Bruce’s magnificent Wrecking Ball is not.  The record holds up well many months later and is still the highlight of my playlist for 2012. There’s a reason that Springsteen is the Boss—he knows how to write great music. Packed with nothing but potential hits, Wrecking Ball is a satisfying record and one of the best Springsteen has ever released. If he keeps making records this great, I’ll keep buying them, along with millions of other fans.

You can read my full review of Wrecking Ball here: https://hardrockhideout.com/2012/03/07/bruce-springsteen-wrecking-ball-2012

Kiss released an album of all new material, the follow up to the amazing Sonic Boom. What’s not to love? Haters be damned (you know the ones that call Eric and Tommy scabs), this is a phenomenal KISS record. Yes, it could challenge any of the classics for top 5 Kiss record. Yes, it is even better than Sonic Boom. Yes, Tommy and Eric sound terrific on this album. Look, we all love Ace and Peter and miss them very much, but they are out of the band and fans need to let them go. This is the new incarnation of KISS, and as far as I am concerned, they are incredible in their own right. Monster makes me hope that we get more new KISS music very soon. Psycho Circus never made me feel that way. If you haven’t gotten your copy of Monster yet, well, what the heck are you waiting for? 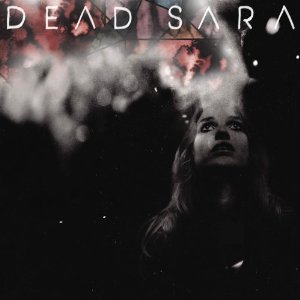 Let’s face it—when you listen to an album at least once a week since you received it, there is no way that it can’t be your favorite album of the year. Such is the case with Dead Sara. While I love Kiss’ Monster, Dead Sara beats it out. Simply put, I’ve never stopped listening to it. This album hit me hard from the first time I played it. Honestly, I wasn’t expecting much because the record had been so hyped up by other bloggers, reviewers, and critics. Usually when an album gets that much hype it fails to produce the necessary results. Dead Sara, however, actually exceeded the hype. The last debut album that I thought was this good came from a band called Guns N Roses. Dead Sara has the opportunity to go down in history as one of the greatest rookie releases ever. Yes, the album is that fantastic. If you haven’t sought out Dead Sara, stop everything and order it online now. You owe it to yourself to start 2013 off with a bang!