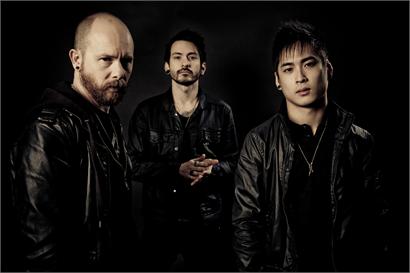 eOne Music has announced the signing of rock act SPOKEN. Both parties are excited to announce the new studio album, “Illusion,” which hits stores on February 12, 2013. Produced by Jasen Rausch (Red, Disciple) in Nashville, TN over the course of two years, the new album will be the band’s seventh studio album.

Bassist Ryan Pei comments on the experience. “The process was so long and spread out that it was more of an evolution during the process of making the record. Our producer, Jasen Rauch, has been a huge part of where this band is at sonically and has taught all of us so much.”

The band’s frontman, Matt Baird, has a different view when it comes to the time that was spent developing this album. “We love music, we love our fans, we love seeing the world, but most of all we feel that God has given us an amazing tool. Music is universal, we love to play and perform. We’ll do music for the rest of our lives. Hopefully We have not and never will take this for granted. We have great lives and have no plans on wasting it.”

The album is summed up in the heart of the first radio single, “Through it All.” “The song was written around the time that the tornado destroyed Joplin, MO,” comments Baird. “It’s a song about going through the fires of life, and actually making it through to the other side without giving up.”

“Through it All” is available for purchase NOW at iTunes and other online retailers.

You can check out the song “Through It All” below!