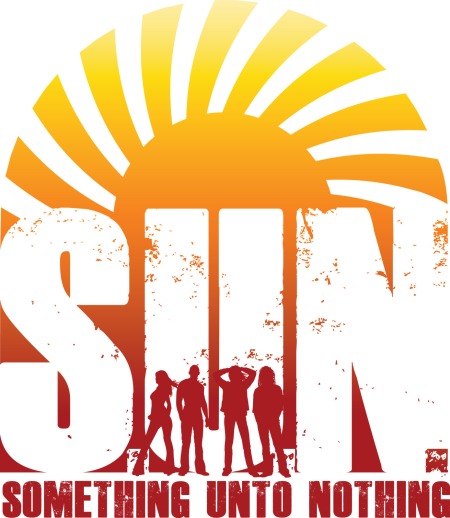 TICHY ANNOUNCES DEPARTURE FROM WHITESNAKE TO FOCUS ON S.U.N.

New rock supergroup SOMETHING UNTO NOTHING (S.U.N.) featuring Juno Award winner SASS JORDAN, BRIAN TICHY, MICHAEL DEVIN and TOMMY STEWART will physically release their debut full-length self-titled album Tuesday, February 5 on Robo Records with distribution through Fontana/Universal Music. Initially the album was scheduled to be released Tuesday, January 15; however, S.U.N. guitarist TICHY was recently involved in a serious mountain bike accident which resulted in a broken collarbone, requiring him to undergo surgery on New Year’s Eve. This unforeseen injury has temporarily sidelined the band’s promotional plans for the record release and as recompense to their fans for the delay, S.U.N. has decided to sign a limited quantity of pre-sale CDs for fans that purchase the physical album beginning today at www.somethinguntonothing.com (while supplies last). This will be the only opportunity for fans to have the album before it’s officially out in stores. Also, as a unique and special keepsake for TICHY fans, included in these signed CD packages will be a signed copy of TICHY’s x-ray which shows the metal plate and nine screws required to put his clavicle back together. Several other bundles will also be available on the website for various price points including t-shirts, lyric sheets, drumsticks and more.

The album’s first single “I’m The One” hit the Top 50 at Classic Rock Radio as the official music video for the track was released. With footage from the band’s November 20 show at the Key Club in Los Angeles, celebrating the digital release of the album, the video showcases S.U.N.’s non-stop, high-octane live performance. Watch it now here: http://youtu.be/7NktMr8Sjqk.

All this news coincides with TICHY’s announcement of his departure from the iconic rock band Whitesnake. TICHY, a veteran musician who served as Whitesnake’s drummer for 2 ½ years and has also performed with Billy Idol, Foreigner, Ozzy and more, has decided to devote his full attention to S.U.N.

“When you start a band with an Interplanetary Mountain Goddess and you both agree it’s worth giving 100%, you don’t just up and leave,” explains TICHY of working with SASS and his decision to leave Whitesnake. “If I did, our efforts would have been a bit of a waste of time, and I might as well stick to being a drummer-for-hire.” TICHY goes on to say, “I owe David Coverdale a big ‘thank you’ for allowing me to be in his band, and be myself in his band. The man simply told me to play how I play and make his band and its music sound like a kick-ass rock ‘n’ roll freight train. He trusted me. I also owe David thanks for all the inspiration and for clearly letting me see that if you want something, you better at least TRY to get it.” A full statement has also been posted to www.briantichy.com.

Whitesnake frontman David Coverdale also released a statement regarding BRIAN’s departure: “We are truly sad to see him go, but, we fully support the pursuit of his ambitions & sincerely wish him well. His fearless drumming brought a relentless driving edge & to our music that we fully embraced. Good Luck, Brian…May the SUN shine brightly on you!!”

BRIAN and the rest of the band are looking forward to his speedy recovery and to getting back to what they love most…performing live. S.U.N.’s first show of 2013 will be on Saturday, January 19 at the Key Club. They have also confirmed a gig Saturday, February 9 at Vamp’d in Las Vegas alongside Frank Hannon of Tesla.

Additionally, the members of S.U.N. will also make several appearances at the annual NAMM music trade show January 24-27 in Anaheim, CA.  On Thursday, January 24 at 7pm at The Observatory, S.U.N. and the world’s most accomplished drummers will come together for the Bonzo Bash NAMM Jamm. This event, as with the four previous Bonzo Bashes, is curated by TICHY himself and pays tribute to the legendary drummer John Bonham of Led Zeppelin. Those drummers confirmed to appear and perform their favorite Led Zeppelin songs include Steven Adler (Guns N Roses/Adler), James Kottak (Scorpions), Stephen Perkins (Jane’s Addiction), Mike Portnoy (Adrenaline Mob), Dave Lombardo (Slayer), TICHY, STEWART and many more. There will also be special guests on-hand to host the festivities including Eddie Trunk, Nicko McBrain (Iron Maiden) and Uncle Joe Benson (Los Angeles’ 95.5 KLOS). Tickets are on-sale now at http://www.observatoryoc.com/events/bonzo. TICHY will also take part in several signing appearances throughout the convention including at booths for Natal Drums, Regal Tips, Remo, Paiste Cymbals and more.

“…a slab of blues-based rock that might have been blasting from a Camaro’s 8-track in the summer of ’71…Sass Jordan wails like a congregant called forth to testify on the eve o judgment day. A vocalist in the Janis Joplin mold, the singer hits all the highs and lows…[Tichy] is not only an accomplished shredder; he drives the tracks with his unfussy, supportive playing…his killer guitar tone—a thick, dripping snarl—is the best thing about his playing in S.U.N….Something Unto Nothing dips deeply into the ‘70s canon, but in targeted, discrete ways…”

“S.U.N.’s debut album is reminiscent of the classic big album sounds of the 1970s. It’s raw, real music from the days when records were played on a turntable and cranked up to 10.”

“Jordan’s gritty, intense vocal stylings are featured prominently on this album, with several short a capella sections on “Burned.”  The tracks contain a fusion of blues and rock, which is a natural fit for Jordan’s voice and Tichy’s high energy guitar playing.  Michael Devin’s bass playing is tight and in control, and adds to the intensity of Stewart’s drums.”

“The debut album from rock supergroup Something Unto Nothing is perhaps the first great rock record of 2013.  The band have come together for a record that’s a solid, no-nonsense rock record.”

“Something Unto Nothing is a record of soundscapes.  It’s got delicious, boot-stomping sleaze.  It’s got nods to the best of grunge and post-grunge.  Over here is a valley of groove, with periodic stands of blues.  Over there is a vista of Zeppelinesque drum walls and phrasing.  The common thread is hard rock purity.”

“Las Vegas was treated to some full out, power blues, over-driven, rock ‘n roll on Saturday night, and it went by the name S.U.N. Seeing a band of this caliber in a intimate setting was truly awesome. Imagine a band with a very 70’s, bar room, vintage vibe that can jam with no pro tools, no auto tune, Just balls out, bad ass, Rock and Roll.”