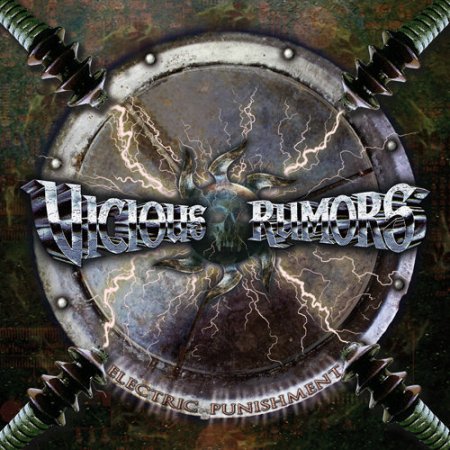 Out May 7th in North America on Steamhammer/SPV

So it’s done: Electric Punishment is VICIOUS RUMORS’ eleventh studio album and proves just how much of a force to be reckoned with this band continues to be. “We have permanently grown, there have been no two identical albums in our career because each album has a new, fresh approach,” comments guitarist Geoff Thorpe, not without pride. “Still we’ve never strayed from our course – perhaps precisely for this reason. We’ve remained faithful to our ideals and have always been honest with our fans. I think our loyal followers value that VICIOUS RUMORS have never jumped on any kind of bandwagon. Everything we do comes from the heart, and Electric Punishment documents that no other band on this planet sounds like VICIOUS RUMORS. To us, that’s an incentive, a challenge and a quality feature all in one. And it’s something our fans can rely on when we set off on our next monster tour in spring 2013.”

VICIOUS RUMORS are scheduled to headline countless clubs in May and play important festivals in Europe before going on to Japan and the USA.

Electric Punishment will be released through Steamhammer/SPV on April 26th in Germany, April 29th in Europe and May 7th in the US/Canada. It will be available as a jewel case version, double gatefold colored vinyl and download. The cover artwork was done again by german artist  Christoph Schinzel who also created cover for Anvil, Circle II Circle, Raven and Agent Steel in the past.