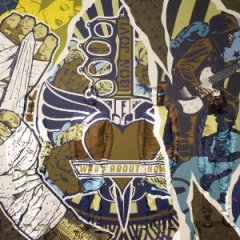 Bon Jovi has just released their 12th Album, What About Now.  Those of you looking for another Slippery When Wet or New Jersey, you will have to keep looking, this album isn’t it.  I can’t even call this a hard rock album, it simply is not. What About Now is more of a mainstream pop rock album.

Jon Bon Jovi’s voice is in fine form, and he sounds great, but the music is too poppy to hold my interest for very long. Bon Jovi has always been a band that has spread its wings and tried it’s hand at different musical styles. While as a hard rock album, this may be an epic fail, as a pop rock album, it isn’t too bad. The music just isn’t what I want to hear on a Bon Jovi album.  I long for the hard rock style that made Bon Jovi famous.  I guess the millions of dollars the band is making touring has allowed them to become a genre defying act.  Good for them, bad for the hard rock fans out there.

What About Now might not be the epic disaster that the countrified clay pigeon Lost Highway was, but it still won’t hold much appeal to the hard rock fans out there. The big stadium anthems and heavy riffs of their earlier music can’t be found on the new album.  That is the style of Bon Jovi music I enjoy, and for that reason I just can’t get into listening to this.

What About Now leaves me with this final thought, “What About The Rock”!?  It is still okay to rock Jon!  Your new album does not.

This is perhaps a shallow perspective on What About Now, but this hard rock fan probably won’t give this CD any more plays beyond today.

If you have an open mind, and are a fan of pop/rock or possibly even Christian rock, by all means, give What About Now a shot. If your taste in music leans towards the harder style of rock or heavy metal music, you will probably want to avoid this album. Tread at your own risk!

Track Listing:
1. Because We Can 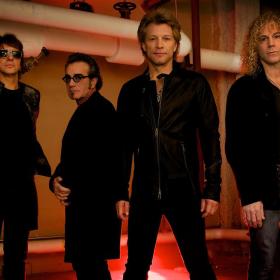