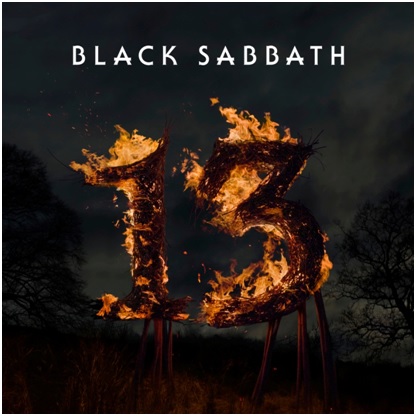 The album artwork and track listing for 13–the first new studio album in 35 years from the original BLACK SABBATH–have now been revealed.  In classic SABBATH fashion, the CD, due out June 11, comes in at nearly sixty minutes in just eight songs.

For the recording of 13, BLACK SABBATH–OZZY OSBOURNE, TONY IOMMI and GEEZER BUTLER–were joined at the sessions by drummer Brad Wilk (Rage Against The Machine).  Produced by Rick Rubin (seven-time Grammy winner, two of those as Producer of the Year), the album will be released on Vertigo (worldwide) and Vertigo/Republic in the U.S.

The 13 track listing is as follows: