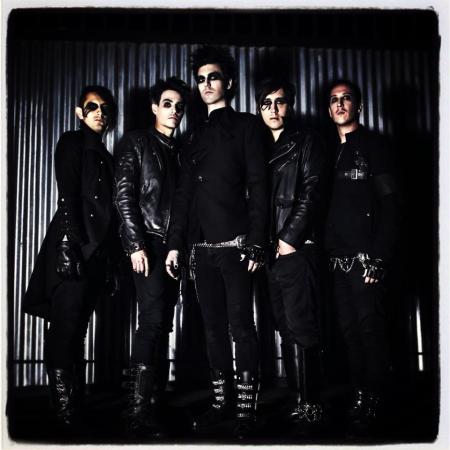 American Industrial group BLACK LODGE have just unveiled a music video for their song “Never Clean”, which can be seen below. The video was shot on location in Big Bear, CA, and was directed by Tanya Dahl of The Realm Creative. Artist Wayne Robinson (Marvel Comics: Wolverine, Captain America) illustrated the graphic novel for The Diary of Tomahawk.

“Never Clean” is featured on the band’s forthcoming debut album The Diary of Tomahawk, which is due out later this year. The album is a 13 song concept album, which tells the story of a young girl named Tomahawk, who after enduring a horrifying experience within her family, begins practicing Dark Magick, and discovers a world of shadows interlaced within her own reality. BLACK LODGE is offering the release of “Never Clean” as a free download, available on their official site, along with the first chapter of the accompanying graphic novel.

BLACK LODGE lead guitarist Johnny Royal remarks, “Jeordie’s musicianship is extraordinary. He has become a mentor and a great friend to the band.  Lee Miles brings a powerful dynamic to our recording sessions and when combined with Jeordie’s ethereal approach to songwriting, an explosive dark soundscape is materialized throughout The Diary of Tomahawk.”

Black Lodge The Diary of Tomahawk Video
Leave A Comment   ↓