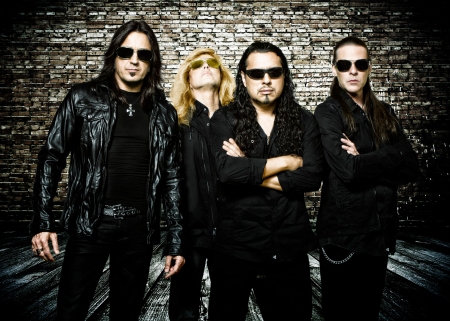 Frontiers Records is proud to announce the release of iconic Christian rockers Stryper‘s new studio album, NO MORE HELL TO PAY; the offering has been confirmed for a November 5th release in North America and will be available in two formats – standard CD and deluxe digipak featuring exclusive video content.  Produced by frontman/guitarist Michael Sweet himself, the set features some of Stryper‘s strongest and heaviest material ever.  Check out a special video message from Michael Sweet here.  Sweet also commented, “NO MORE HELL TO PAY marks our 30 year anniversary and what a journey it has been! It’s our eleventh studio release since our first album in 1984 (THE YELLOW & THE BLACK ATTACK) and it’s quite possibly our best record to date.  Why?  It’s everything you might expect from a Stryper record – high octane vocals, layered vocal harmonies, guitar solos galore, driving drums and bass and an energy that hasn’t been achieved since our glory days. The message is equally as powerful as it offers hope and inspiration to anyone listening. If you’re a Stryper fan, it’ll make you proud to be one. If you’re not, listen with caution as you may actually become one. We’ve been waving the striped flag for 30 years and we’re proud to say that it’s an honor to still be making music with you and for you. The best is yet to come and it’s coming November 5th!”

Stryper is currently playing select tour dates around the nation as a warm-up for an upcoming extensive tour around the release of NO MORE HELL TO PAY.  Please see below for remaining tour dates.

Stryper is one of the top Christian rock bands of all time.  Comprised of the original line-up of Michael Sweet (vocals/guitar), Oz Fox (guitar), Tim Gaines (bass), and Robert Sweet (drums), Stryper has been rocking since 1984, and is responsible for such ’80s metal classic albums as SOLDIERS UNDER COMMAND, TO HELL WITH THE DEVIL, IN GOD WE TRUST and such MTV hit singles/videos as “Calling on You,” “Free,” and “Honestly.” After a sabbatical for much of the 1990’s, Stryper returned strong in the early 21st century.  To date, the band has sold upwards of 8 million records worldwide and is a Dove Award-winner and Grammy nominee.  Stryper is the first band to have two songs in MTV’s Top 10 simultaneously. 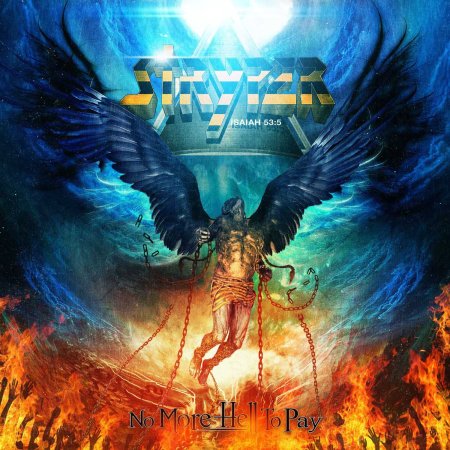 No More Hell To Pay Stryper
Leave A Comment   ↓