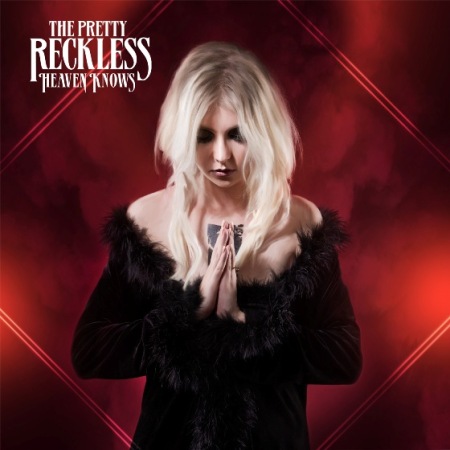 “HEAVEN KNOWS” IS THE SECOND SONG FROM THE FORTHCOMING ALBUM
‘GOING TO HELL,’ OUT IN EARLY 2014 ON RAZOR & TIE

Taylor Momsen and THE PRETTY RECKLESS have released their first single “Heaven Knows” digitally today, Tuesday, November 19. Taken from the band’s upcoming sophomore album GOING TO HELL, out early 2014 on Razor & Tie, the song rocks a powerful rhythmic guitar with a striking refrain that Momsen delivers dead-on: “Oh no, heaven knows, we belong way down below.”  After premiering on SiriusXM’s Octane, the song arrives at rock radio in early December, with a video premiere to follow in January.

Earlier this Fall the band released the song and video for “Going To Hell” in support of the band’s completed, critically acclaimed, Going To Hell headlining tour in North America. The video, directed by Tim Mattia, had over 1 million YouTube plays in the first week. To purchase the song at iTunes, visit: http://georiot.co/HeavenKnows and to hear it below.

See what critics said about THE PRETTY RECKLESS and their Fall North American tour:

“Taylor Momsen has transformed into one of the sexiest and most confrontational front women. In spite of the skepticisms, Taylor is the real deal. A bona fide Rock Goddess that can sing her ass off, with more swagger than you can handle and is overwhelmingly sexual” … JAM MAGAZINE

“The Pretty Reckless are about to set fire to rock ‘n’ roll. The genre’s been begging for an honest-to-goodness firestarter like Taylor Momsen for years now. The Pretty Reckless in rock ‘n’ roll that taps into true danger…Rock music is about to go up in flames with Going to Hell. It’s easily one of our most anticipated records of 2014.” … ARTISTDIRECT.COM

“…with the release of her band’s second album, Going to Hell, and their current tour, she clearly has her sights set on becoming a bona fide music star. Gentlemen, prepare to get rocked.” … MAXIM

“…her ‘Going to Hell’ tour…it’s exactly as promised. Momsen and her show in San Diego was loud with a hot crowd fired up and ready. Taylor and her band took to the stage to pull a true rock and roll set with grit and energy.” …SAN DIEGO CITY TIMES

“The crowd peaked in energy during the band’s current single, ‘Going To Hell.’…Momsen put on quite a show, leaning on the drum riser, shaking her body, and sliding up and down her bandmates.’…GRAMMY.COM